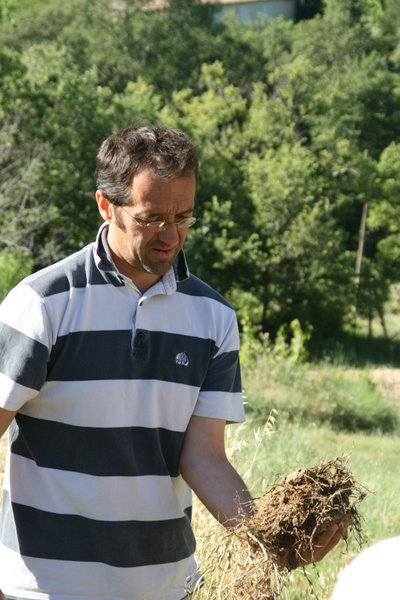 There are times when one is so struck by the quality of a producer’s wines  across-the-board  that they leave a lasting impression on you.  Chateau de Saint Cosme in Gigondas in the Southern Rhone is one of them and it changed the way I felt about Gigondas wines.  When we visited him in June, Louis Barruol had a boyish, relaxed charm about him as he strolled down the hill to greet us, his big fluffy dog bouncing behind him.  But as he led us around the property, there was no questioning the casual aristocracy laying beneath the facade of this 14th generation winegrower. 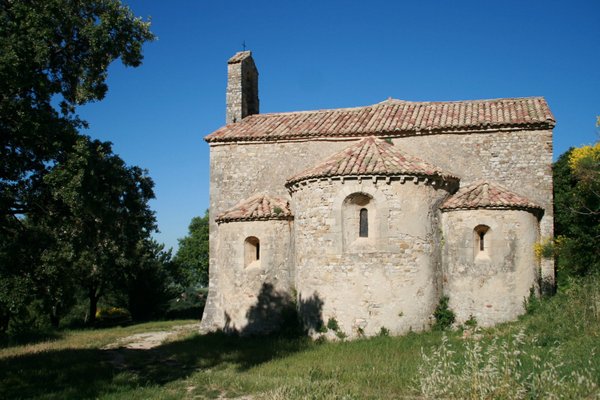 Average Gigondas wines can sometimes be big, alcoholic wines due to the southern location and grenache fruit.  Chateau de Saint Cosme wines on the other hand were striking for their seamless balance, concentration and length.  Part of this is due to the terroir. 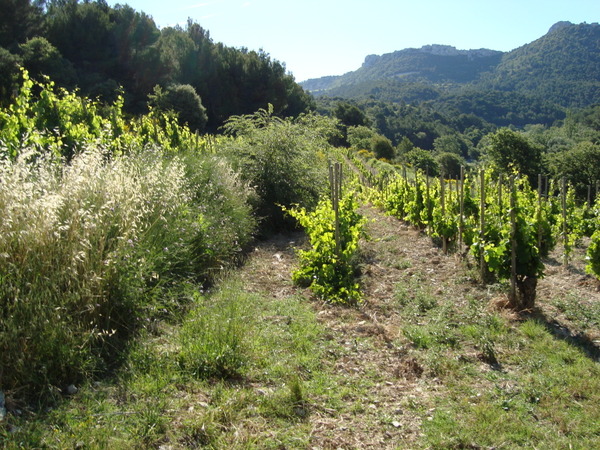 Chateau de Saint Cosme is situated near the foothills of the Dentelles de Montmirail mountains, in a small valley and at higher elevations of 300-450 meters (~1,000 to 1,500 feet) which results in a cooler microclimate and slower maturation of fruit.  The soils are composed of a high percent of active limestone of Jurassic origin and have well-draining structure due to the organic treatment since the 1970’s and the dynamism of the soils as the fault  Failles de Nimes moves upward about a centimeter a year. 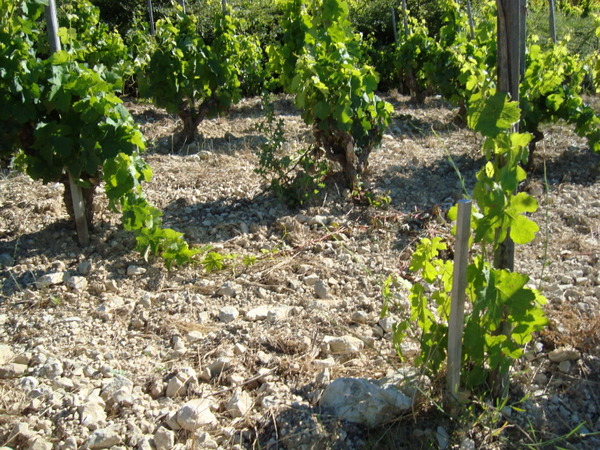 The average age on the vines is 60 years, yielding a low 27 hl/ha.  In my experience, old vines always find a natural balance that is difficult to construct.  The quality of the wines is also a result of fine winemaking technique and blending skill.

All the whites at Saint Cosme are fermented in barrel.  The Condrieu goes through full malolactic whereas for everyday Cotes du Rhone it is blocked to emphasize the crisp, fruity style.   The CdR Blanc always includes at least 30% of picpoul which adds zesty acidity to the blend which includes marsanne, roussane, viognier.

All the estate reds of Saint Cosme are predominantly grenache fermented with whole clusters rather than destemmed first and crushed.  Louis believes that whole-cluster ferment results in more elegant wines, but it is elegance with power.  The estate wines that we tasted included the 2007 Gigondas, 2007 Gigondas Les Claux and the 2007 Gigondas Les Deux Albion, the last of which became estate in this vintage.  All the wines show a fine balance of dense black cherry and berry fruit,  freshness and full-body, overlain with the chalky tannins found with grenache on limestone soils.   Barruol also makes an excellent value private label Cotes du Rhone rouges for Kermit Lynch Wine Merchants in Berkeley called Cypress Cuvee which doesn’t seem to be much of a secret anymore.