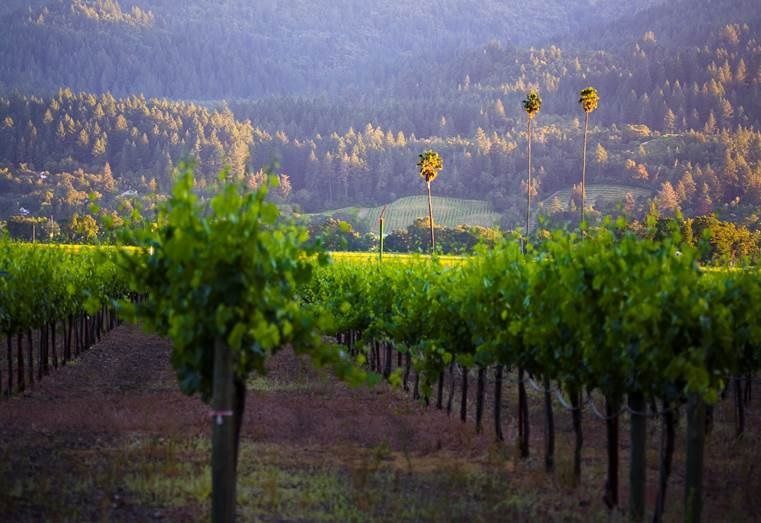 Last month in the Napa Valley, I had the chance to visit two producers whose winemakers have a reputation for making great Merlot. Afterwards, I thought, Bordeaux has a major place for Merlot, why not here, and why not now?

After all, in the 29th Annual Restaurant Poll in the latest April issue of Wine & Spirits Magazine, somms report a “modest uptick” in Merlot, the first since 1997. They cite Dan Davis of Commander’s Palace who said

“the merlot comeback is coming. Now they just need to make a movie about it.”

For Duckhorn Vineyards, Merlot never left. Their Napa Valley Merlot dominates the category in the W&S Poll. In particular, they have been making the single-vineyard Three Palms Merlot since the very beginning, in 1978, over forty years ago, making Three Palms in Calistoga one of the most most renowned, recognizable single vineyards in Napa Valley.

Today, winemaker Renee Ary uses both experience and the latest knowledge to bring out the best of every vintage. The vineyard is an alluvial fan originating in the Dutch Henry watershed to the east that feeds Selby Creek. By its up-valley location and rocky soils, Three Palms is a warm microclimate that brings out the deep richness of Merlot fruit, and age-worthy structure. At the same time, they work hard to make sure it doesn’t ripen too fast, managing water stress even more so than Cabernet. The team produces Merlot with perspective, making these wines from cooler Carneros and high elevation vineyards on Howell Mountain and Atlas Peak, each farmed a little differently for their microclimate.

At Duckhorn Vineyards Premier Napa Valley preview, I tasted their auction lot Three Palms Vineyard Napa Valley Merlot, Block 5 Selection, 2016. Block 5 is the rockiest part of Three Palms, right on the edge of Selby Creek. Per Ary, there’s really little topsoil, so the vines produce small berries and low yields for intense fruit while the roots delve deep to create layers of complexity in the wine. For me, the wine was deep, rich and dense in dark fruit with a velvety structure and fine balance. Ary said the 2016 vintage saw a more even growing season like 2014, and shows a similar plushness – which I personally love about the 14s.

There have been sea changes at Goosecross Cellars since Cristi Coors Ficelli acquired the property in 2013 including a more focused wine portfolio and greater tools for winemaker Bill Nancarrow in a new state-of-the-art winery. Bill also worked for Duckhorn, starting in 2001, rising to Executive Winemaker for Duckhorn and sister Paraduxx from 2007 to 2013. 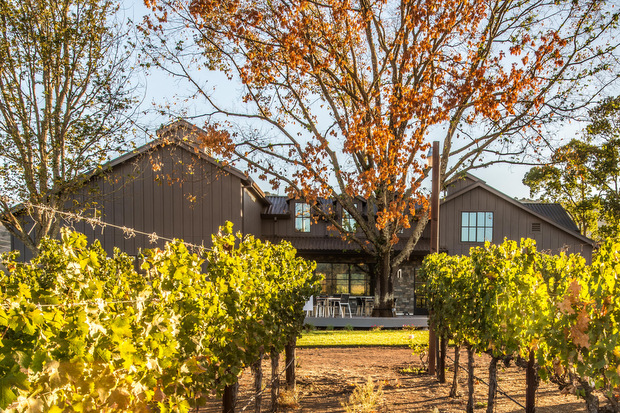 State Lane in Yountville is another well-known single vineyard, sitting on an alluvial fan down-valley from Calistoga, so the Merlot shows great intensity and purity with a silkier style. Bill monitors water stress carefully and added cross arms on the existing VSP (vertical shoot positioning) beginning in 2016 to create a manageable canopy to protect the fruit from over-exposure. The 2014 Goosecross State Lane Merlot ($58) is 99% Merlot, 1% Petite Verdot and spent 20 months in 40% new french oak. 406 cases. 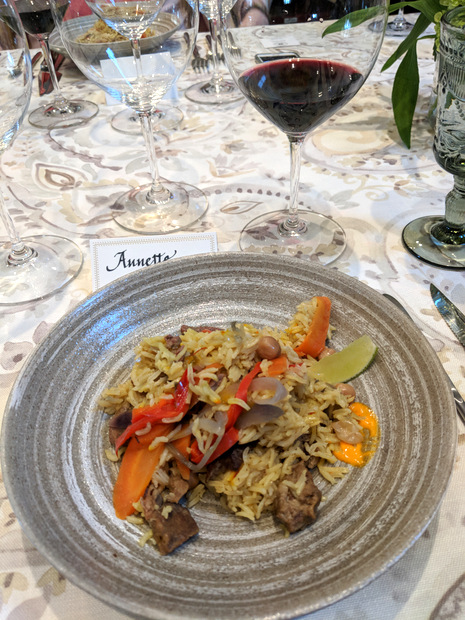 The last time I visited, the State Lane Cabernet Franc really stood out, so I was happy to try it again. The small production 2014 was fresh, aromatic with fine tannins. All of Bill’s wines have a certain finesse and freshness to them that make them great food wines. 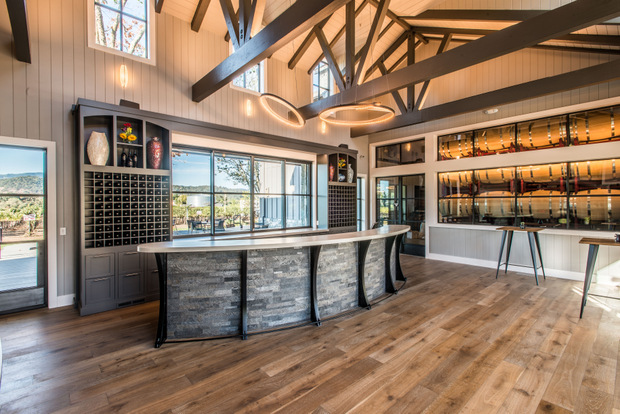 In addition to the State Lane single-vineyard designate Merlot and Cabernet Franc, Goosecross also makes a State Lane Cabernet Sauvignon and signature Bordeaux-style red blend, Aeros. Goosecross is one of those wineries in the Valley where one can find an interesting selection of both white and red varietals on the flight in their new tasting room off Yountville Cross Road.

Merlot however, is a classic grape that shows terroir with a fleshy fruitiness that appeals to all. Come back, Merlot.