The recent Unions des Grands Crus de Bordeaux tasting in San Francisco illustrated the 2014 red vintage beautifully. It was a vintage where one of the best Indian summers in a century truly ‘saved’ the vintage and produced red Bordeaux of power and freshness. But the sunny, dry and warm conditions in September and October didn’t guarantee perfection after a cool, wet summer which extended the vines’ vegetative growth into veraison. It would take the perfect terroir and a lot of work in the vineyards to ensure full ripeness.

On the surface, the combination of a cool, damp summer and long, fine Autumn favors the thick-skinned, late-ripening Cabernets and Petit Verdot vs. earlier-ripening Merlot but in 2014, rainfall varied across the region. The Left Bank was drier than the Right Bank so most of the red varieties did well in the Medoc and Graves.

Case in point, I loved Chateau Prieure-Lichine from Margaux with 50% Cabernet Sauvignon, 45% Merlot and 5% Petit Verdot which showed wonderful purity of fruit, balance and finesse. Commercial and Communications Director Lise Latrille said their new winery allows them to use more precision than ever beginning with the 2013 vintage. They no longer use pump-overs for maceration, only gentler punchdowns. And when she told me their wine consultant was Stephane Derenoncourt, I said “well, of course”, after all, his signature is all over the wine. Latrille said that Derenoncourt “brings more Burgundy than Bordeaux to the wines that are delicate, subtle but deep.” 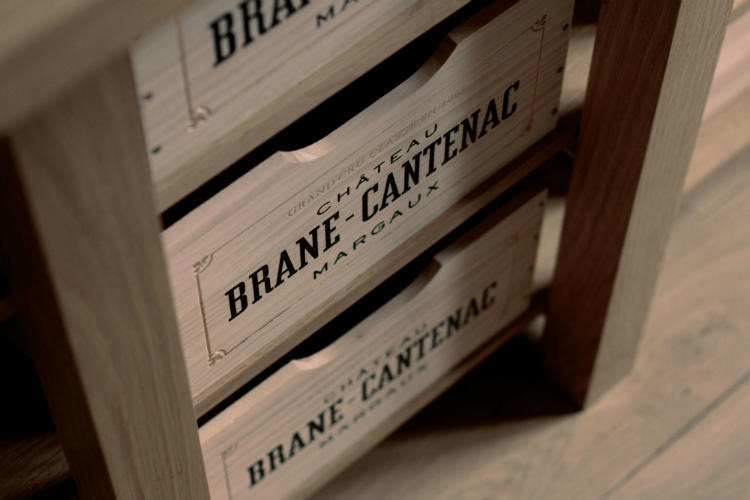 I found a common thread in a lot of my notes from Margaux and St.-Julien that the wines had an irresistable juiciness to them, the perfect combination of purity of fruit, freshness and flesh, like Chateau Beychevelle and Chateau Gruaud-Larose. Beychevelle used more Merlot in the blend in 2014 (39% Cabernet, 51% Merlot, 5% Petit Verdot, 5% Cabernet Franc), more so because the yields on Cabernet were lower.

At Chateau Talbot, GM Jean-Pierre Marty described his wine as “elegant, juicy, 100% stunning”. I countered that it was “100% delicious”. The Cabernet Sauvignon, constituting 65% of the 2014 blend, grows on well-draining Gunzian gravel.

To the South in Pessac-Leognan

The wines from Pessac-Leognan were a good example of how both Cabernet and Merlot did well in 2014 since both grapes are planted widely in the more diverse soils here in the Graves, such as Chateau Pape Clement, whose wine I found complex and intriguing within a well-knit structure. The 2014 is a blend of 57.5% Merlot, 37.5% Cabernet Sauvignon and 5% Petit  Verdot, with the Cabernet grown on the well-draining, gravelly and sandy soils and the Merlot on cooler, clay-limestone soils that slowed their ripening. The vineyard soils lie over an iron-rich limestone base, which adds to the savory complexity of the wine.

Saint-Emilion on the Right Bank

The Merlot-dominant Right Bank received a lot more rain during July-September period compared to the Medoc, slowing down veraison in some vineyards til well into August. Diligent canopy management and fruit-thinning was important to limit potential green flavors and enhance ripening. Fortunately, Autumn brought almost summer-like conditions, with over 30% more sunshine that normal, very little rain and warm temperatures. This allowed the most successful vignerons on the Right Bank with the best terroir – cooler limestone soils – to wait out the ripening of Merlot until perfection. So in 2014, the Merlot harvest was prolonged and in some cases, coincided with the Cabernet harvest, rather than precede it, for example at Clos Fourtet, which harvested between October 3 – October 21.  This was one of my favorite wines at the tasting. 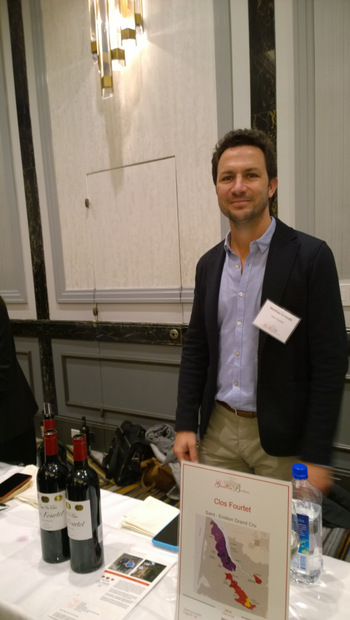 Clos Fourtet is predominantly Merlot (89%), growing on the top of the St.-Emilion limestone plateau in shallow soils less than a meter deep. According to Matthieu Cuvelier (photo above), this adds to the freshness and minerality of the wines. 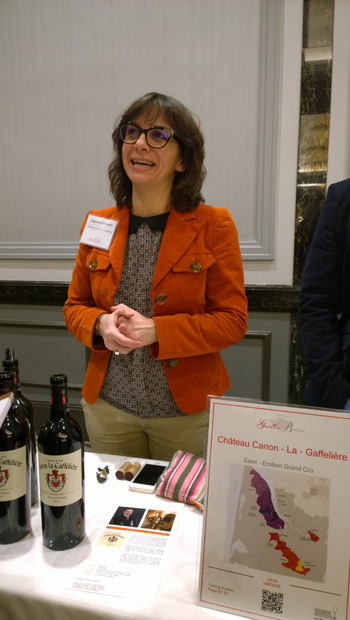 Just as Cabernet Sauvignon shone brightly on the Left Bank, Cabernet Franc was glorious on the Right Bank and there was no better example than Chateau Canon-La-Gaffelere. The wine showed power with grace, seamless balance and long finish. Per Marketing Director Magali Malet-Serres (photo above), the featured 2014 is the first vintage of the wine that’s certified organic.

A Final (and Personal) Tasting Note

In going over my notes, I realized that many of my favorite wines – whether Left or Right Bank – had one person in common, Stephane Derenoncourt as consultant or winemaker, currently or in the past: Chateau Prieure-Lichine, Clos Fourtet, Chateau Smith-Haut-Lafitte, Chateau Canon-La-Gaffeliere, Chateau Talbot.. I agree with Ms. Latrille that Derenoncourt brings the finesse of Bourgogne to his Bordeaux. And I know he loves Bourgogne because he told me so when I ran into him at the Chablis tasting during Grands Jours de Bourgogne last year. He went out of his way to attend it even though he had a big tasting in Paris later that day.

It made me realize that my palate is a synthesis of Bourgogne, Bordeaux and Napa Valley, which is a pretty good blend in any vintage.