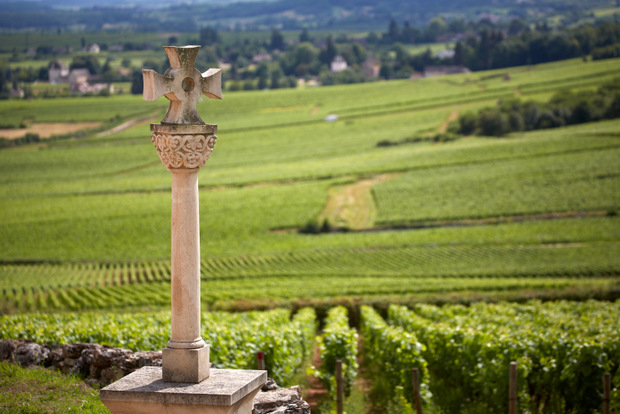 This is the book I’ve been waiting for. The monastic influence on wine is well-known but rarely covered in great detail in general wine books. And those written on the specific topic are now decades-old. The topic is intriguing because for centuries leading up to the French Revolution, all power and prestige lay in the hands of the ruling class and the clergy, both of whom played important roles in the mosaic of climats and quality of wines we see today in Bourgogne. In the new book “Nine Centuries in the Heart of Burgundy”, noted Bourgogne historian Gilles Platret and vintner Philippe Pascal tell the story of the rise and eventual twilight of the Cistercian order in Bourgogne, as it played out in history around a single, important daughter abbey of Citaux, La Ferté-sur-Grosne and its wine estate Cellier aux Moines located in Givry in the Cote Chalonnaise.

The book fills in many of the gaps in our knowledge of monks and wine, against the backdrop of cultural, political and economic influences of the time. It helps us gain a better understanding of the factors driving wine quality that continue to this day. And by adding emphasis on the reputations of La Ferté and Cote Chalonnaise wines, the authors elevate the image of this lesser-known and under-appreciated region of southern Bourgogne. The Cote Chalonnaise terroir is a continuation of the Cote de Beaune, and it has as long a history of viticulture and quality, and yet today it has a greater reputation for value wines. As a trusted Bourguignon colleague told me recently, if the influential Valois Dukes (1363-1477) had resided in Chalon instead of Beaune, it would be a different story.

The Cellier aux Moines in Givry

La Ferté-sur-Grosne was the first daughter abbey of Citaux established in 1113. Its wine estate Cellier aux Moines was developed ca. 1213, contemporaneously with that of Citaux’s Clos Vougeot. The quality of the wines of Cellier aux Moines begins in the terroir: south-facing slopes of stony marl and limestone, ideal for Pinot Noir. Its ideal location in Givry would enhance its eventual commercial success, being close to the important port city of Chalon-sur-Saone as well as having easy access to Beaune to the north, Lyon to the south and Autun to the west.

According to the Rule of Saint Benedict, the monks’ manual labor was a “means of praising the Lord equal to prayer” and producing the best wine exalted Him higher. The monks had no shortage of work to do given the significant donations of vineyards granted them by the nobility, who sought to “attain heaven by paying for sins they had committed.” By the 13th century, the excess wine produced at La Ferté was sold at concessions and fairs at nearby Chalon-sur-Saone, and then throughout France. Commerce required quality and by the mid-14th century, the reputation of Givry wines was set by the market: the wines were taxed at the maximum rate for sale in Paris, equal to that of Beaune wines.

Cultivating favor with the Popes (in Avignon ca. 1309 -1403) through gifts of fine wine was also important to quality. Bourgogne prelates regularly sent wines to Avignon since the Popes often protected the abbeys in disputes. The first Duke Philippe de Valois on the other hand, made gifts “an element of his power politics” offering not only on the wines of Beaune but those of the Cote Chalonnaise as well. Ultimately, the gifts would result in purchases by the papal sommeliers and La Ferté has the distinction of having made the single largest sale in the Avignon papacy of 153 hl, at the highest relative price, in 1391.

When Duke Philip the Bold famously banned Gamay for the higher quality Pinot Noir in 1395, he cited in the ordinance as support, the specific complaints by citizens of Beaune and Chalon, considering their wines “the best and the most precious.” Even the noted historian Claude Courtépée would note about Givry in 1776, “this region, adorned with its rich coteau is the Volnai [sic] of the Chalonnais.”

An Estate Worthy of Investment 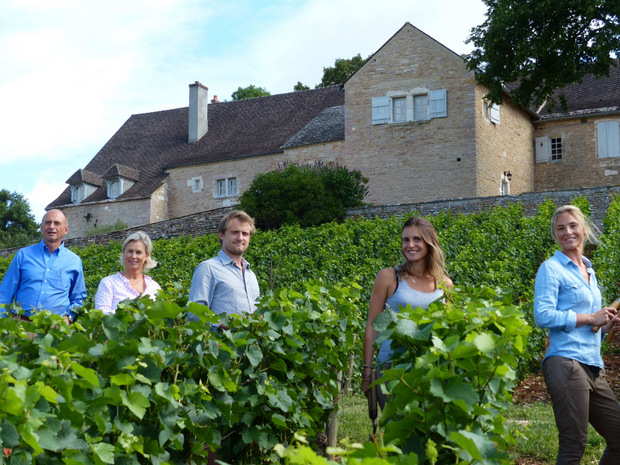 One sign of the promise of today’s Cote Chalonnaise wines is evidenced by co-author Philippe and Catherine Pascal’s acquisition of Cellier aux Moines in July 2004 and their subsequent investment in the restoration of the neglected estate. An international man of impeccable taste and standards after 20 years at luxury firm LVMH where he was also president of the Veuve Clicquot and Moet Hennessy prestige Champagne, he could have bought anywhere in Bourgogne. And yet they chose Givry. I think ultimately their core values lie in a respect for authenticity which is what Bourgogne wine is all about. 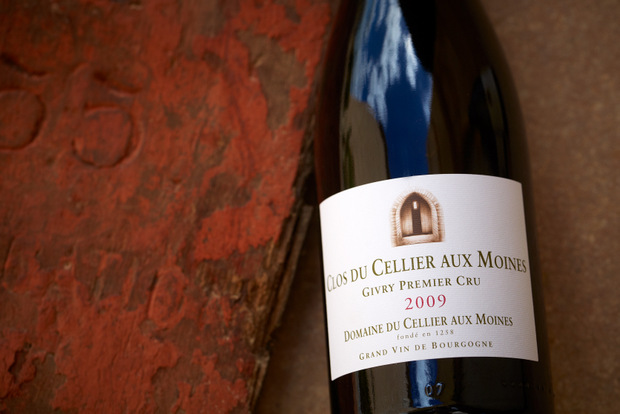 No doubt they also recognized the reputation of the Clos du Cellier aux Moines Premier Cru, of which they are the largest proprietor. I first became familiar with the Premier Cru when I externed at The French Laundry in 2005. The Domaine Joblot wine was on its  highly curated Master Sommelier wine list, Joblot’s small portion of the Premier Cru being downslope from that of Domaine du Cellier aux Moines. In 2006, the Pascals took over control of their vineyards, ceased the use of chemicals and have since replanted about half of the 5 hectares with high quality vines. As Pascal not only worked at LVMH but also headed global French wine marketing firm Sopexa’s efforts in the US for a decade, he has keen perspective of wine quality and a willingness to invest in quality. The future is bright indeed in this latest era of Cellier aux Moines and the Cote Chalonnaise.

This hard cover book is painstakingly footnoted (in an interesting way), beautifully illustrated and a must-have for all lovers of wine or even European and Medieval history.

Nine Centuries in the Heart of Burgundy. By Gilles Platret and Philippe Pascal. Assouline, New York, $75