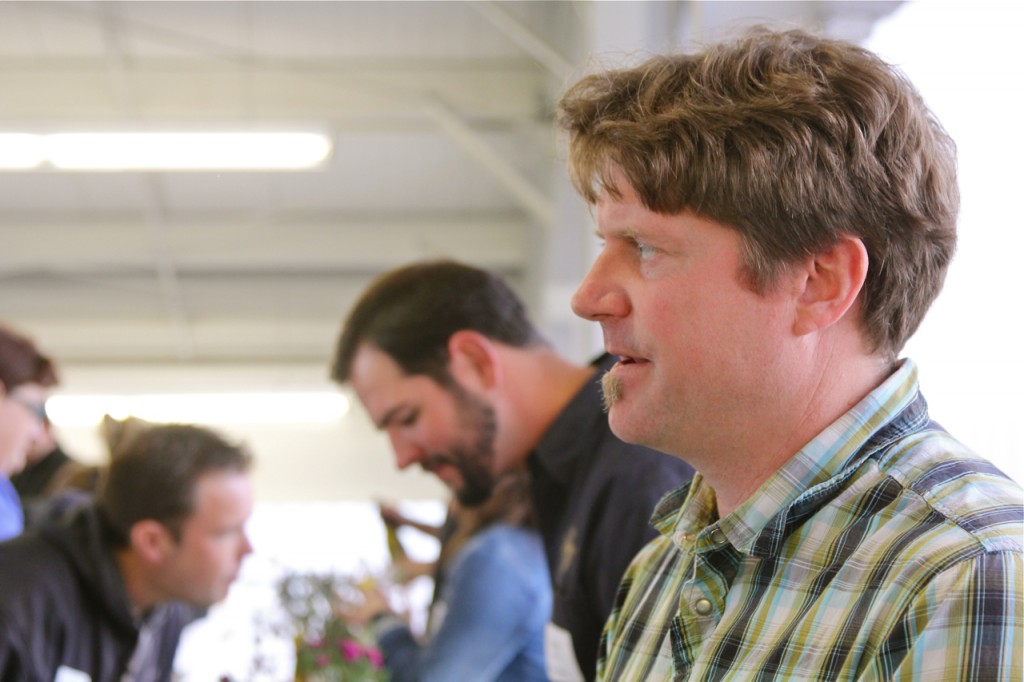 All photos by Ashley Teplin unless noted

Bordering the head of San Pablo Bay, Carneros appellation is noted for its cool climate. In fact, it was the first California appellation to be demarcated on climate factors rather than political boundaries and as a result, Carneros straddles both Sonoma and Napa Counties. While daytime highs in the other northerly appellations regularly hover in the 80s and 90s during the summer, Carneros rarely exceeds 80 degrees. The moderate climate is one of the reasons why Pinot Noir and Chardonnay grapes grow well here but at a Carneros Wine Alliance barrel tasting last week, I learned that Carneros is cool in more ways than one. 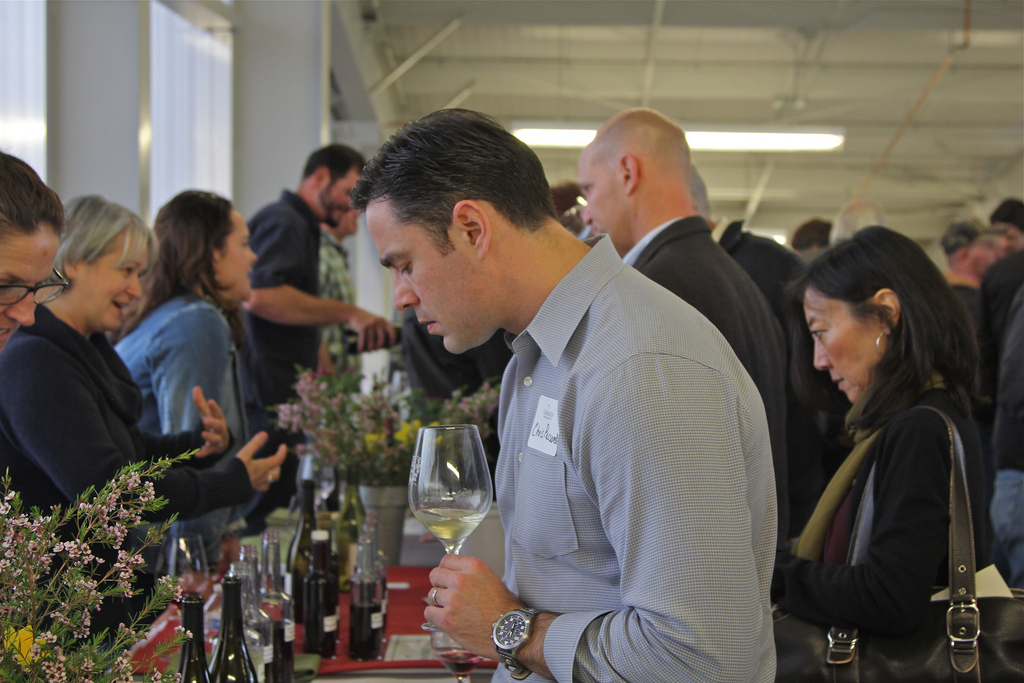 One could feel right away that this wasn’t an ordinary trade tasting but it was totally Carneros: intimate, laid back, cool background music, great wines. The venue itself was so symbolic of the region and its winegrowers – ZD’s modern barn, open and transparent, looking out onto the bucolic setting beyond and the restored 19th century Victorian next door. It’s a region where a confident new generation embraces tradition in a search for authenticity, and the old garde hews to its free-thinking, but no less authentic, ways.

When a Clone Isn’t a Clone

Many of us think of clones as plant material that comes out squeaky clean of vine diseases after treatment at one of the plant materials centers like UC Davis. Virused vines delay ripening, reduce yields and the lifespan of a vine, so growers typically buy virus-free plant material for economic reasons. But some vineyards are planted without such treated vines, such as Hyde Vineyard. Larry Hyde doesn’t hesitate to tell you that his vineyard contains some virused vines, even some phylloxera on older AXR vines, and that’s ok with him. The combination of the diverse selections, the older age of vines and cooler climate leads to a long maturation period that results in fresh but ripe grapes with an accumulation of “flavor richness”. What may have has much influence on the expression of his Hyde & Sons wines than anything are the age of the vines.

One of my favorite wines at the tasting was his Hyde & Sons Hyde Vineyard Chardonnay 2012 ($55). It was a pure, elegant, restrained Chardonnay, a true finesse wine, with a marked difference in style to the exuberant 2013. In speaking with Hyde, the difference originates in the vineyard blocks. The 2012 is the first vintage of Hyde & Sons Chardonnay coming from the oldest block planted in 1979 (whereas the 2013 is from much younger vines).  The vines yielded 3 tons/acre and the wines barrel fermented and aged. www.hydewines.com

Another Chardonnay I loved also originates from Hyde Vineyard, the Hyde de Villaine Chardonnay 2009. According to winemaker Stéphane Vivier, the wine is a blend of three Chardonnay blocks of 19 to 31 years of vine age. The expert blending results in layers of intense fruit, beautiful depth and seamless balance, and a whispery texture that lingers on the palate. I asked Vivier if he did any skin contact which would lead to such fine structure, to which he replied that he does do a long, slow press at very low pressure – about half the industry standard in fact – but that he does so to “keep as much natural acidity of the wine alive … building a fresh core” as well as adding texture to the wine. www.hdvwines.com

I’m always aMused when I think of the origins of ZD Wines name coined by founder Norman de Leuze over 40 years ago. He was a highly technical aeronautics engineer and literal rocket scientist, trained to design Zero Defects in rocket propulsion equipment. Third generation Assistant Winemaker Brandon deLeuze is more down to earth and of his generation. The dry-farmed, low-yielding Chardonnay vineyards are certified organic though they don’t make a big deal of it. Winemaker Chris Pisani keeps the wines pure, fresh and fruit-driven by fermenting slowly in barrel in cool cellars, and blocking malolactic. www.zdwines.com

For more information on the winegrowers of Carneros, and to visit, check out their website www.carneros.com