Australia is known for their regional blends but at a Wine Australia trade tasting in the city last month, I got a better appreciation for their single varietal wines and how well they reveal the essence of the terroir, and the winemakers, there.

Australia has some of the oldest dirt on this planet, and it shows through in the wines. I was taken by surprise by the minerality and structure in the Yangarra McLaren Vale Roussanne 2012. It was so mineral, if I had tasted this blind, I would have said it was from the Northern Rhone. It was pure, crisp and apply with surprising depth. Turns out, the vineyard soils are based on ancient ironstone gravels mixed with sandy clay, poor soils that lead to intensity of fruit. The beautiful expression of the wine is also influenced by biodynamic farming and hand crafting of the wines. Only 60% of the hand-harvested fruit is pressed off and the juice transferred – without settling – into barrel, where they underwent wild ferment. It was followed by 11 months of aging on the lees. Yangarra is imported by Majestic Imports, Santa Rosa

A wine that dispels any misconceptions that Australia makes only fruit-driven styles is the Brokenwood ILR Semillon. While Hunter Valley is warm, they have a short season by threat of rain, so the whites are light to medium bodied. But these aren’t whites to be enjoyed in youth and Brokenwood makes sure of it by holding back release until at least 5 years of aging. And with time, they get even better as we found with the 2003 vintage. It was round and lemony with a toasty-smoky complexity that I get from older Bordeaux blanc from the Graves. The complexity is all from the grape and terroir because the wines are made with neutral yeasts, no oak, no malo and closed under screwcap. Pure Semillon. Brokenwood is imported by Old Bridge Cellars, Napa. 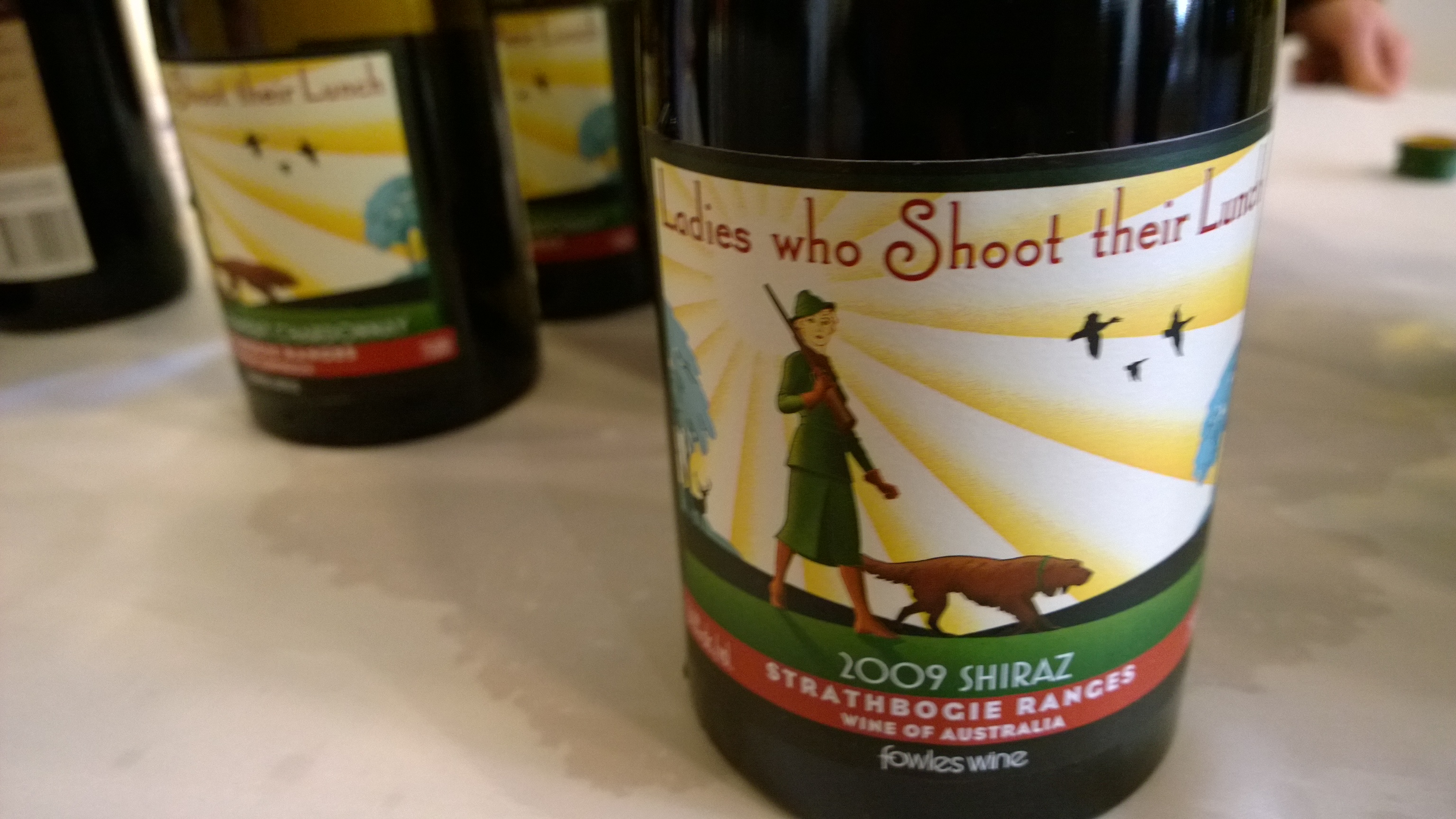 In a global market that competes with standardized grape names and styles, I love how the Australians create their own path to distinction. Like calling Syrah Shiraz, or Petit Syrah, Durif. So the Sparkling Shiraz isn’t complex but who cares? It’s wildly drinkable for a wide spectrum of consumers, and it’s uniquely Australian. Winemakers have their own conventions, like using American oak for Shiraz and French for the Cab blends, and occasionally succumb to fanciful wine names like Fowles “Ladies who Shoot their Lunch” Shiraz from Strathbogie Ranges in Victoria, one of my hands down favorites at the tasting. It shows that the Australians don’t always take themselves too seriously.

But that doesn’t mean you have to.