When people think of red Bordeaux, they usually categorize them by Right Bank or Left Bank.  But there’s another family of reds called the Cotes de Bordeaux that is rising in visibility here in the U.S. because they’re great, sometimes extreme, values. They now represent about 14% of total Bordeaux production with 18% exported to fast-growing markets like Asia and the U.S. Total exports rose 35% in 2012 and by 30% to the U.S. alone. You’ll recognize these red wines by the words Cotes or Cotes de Bordeaux in the appellation name.

The appellations hail from different locations on the Right Bank but the vineyards have several things in common: a hillside planting (hence Cotes or slopes) that ensure good drainage, a typically south- or south-west-facing aspect for good ripeness and a location on the right banks of rivers that moderate the micro-climate and channel drying winds. Soils are often on clay over limestone which leads to the predominance of Merlot. And the estates are generally small, family-owned operations which lead to the value proposition – they don’t have all the overhead that bigger chateaux have.  At the same time, they craft their wines with a lot of care, pride and in many cases, world-class knowledge.

I don’t think there’s a winemaker in the world who hasn’t benefited from the decades of research that Dr. Denis Dubordieu and his team at the University of Bordeaux have conducted on the classic “Bordeaux varietals”, red and white.  But he’s also a renowned consultant to Grands Crus Classes and winemaker himself at Chateau Reynon in Cadillac Cotes de Bordeaux on the right bank of the Garonne River. With areas of deep gravel on the mostly clay limestone slopes, the wines are mostly Merlot with 9% Cabernet Sauvignon and 6% Petit Verdot. The Chateau Reynon Cadillac-Cotes de Bordeaux 2010 ($22) is rich in black cherry and plum fruit, but at the same time fresh, savory and mineral with just a hint of smokiness. With a cuvaison of 20-25 days and ageing in 1/3 new French Oak for 12 months, there’s a lot of value in this bottle.

Nicolas Thienpont comes from a large family of vignerons specializing in Right Bank, Merlot-driven wines. Not just any old estates, just some of the most famous, ground-breaking and classified estates from Bordeaux. In Pomerol, the family still runs Vieux Chateau Certan which patriarch Georges Thienpont acquired in 1924. Nicolas’ cousin Jacques Thienpont owns a little brand called Le Pin which launched the garagiste movement in the 1980s. Nicolas himself is manager of not just one but two Saint-Emilion Premiers Grand Crus Classes in Chateau Pavie-Macquin and Chateau Larcis-Ducasse.

Nicolas also runs Chateau Puygueraud in Francs-Cotes de Bordeaux in the far east of the region, a property that George Thienpont acquired in 1946. In the mostly clay, limestone and marly soils here, the wines are Merlot based, with Cabernet Franc (with selections from Pavie-Macquin) and a bit of Malbec. I loved the Chateau Puygueraud 2010 ($20), a dense, earthy and rich wine.  The grapes are hand-harvested, destemmed and whole-berry fermented, the wines aged about 16 months in 40% new French oak. 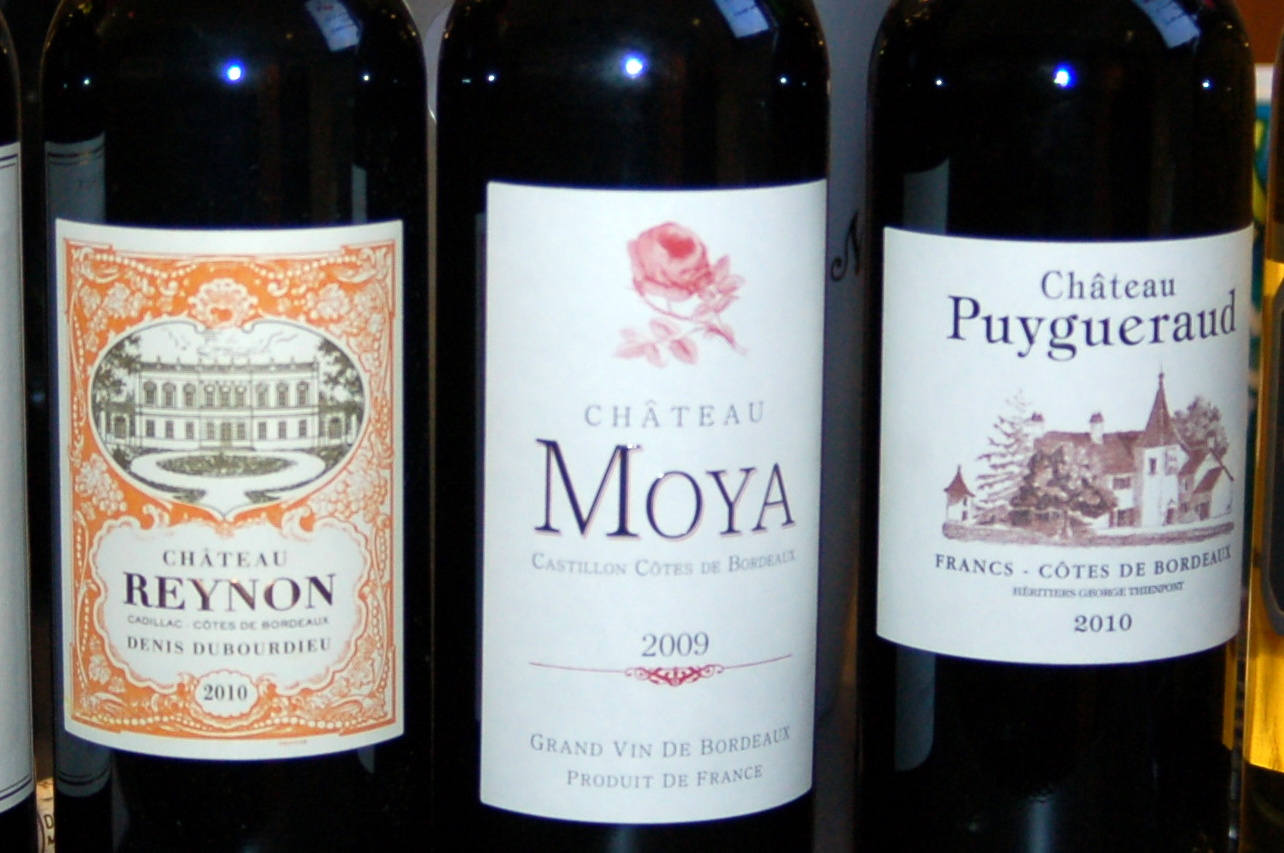 Chateau Reynon and Chateau Puygueraud are just a couple of examples of the incredible value of Cotes de Bordeaux wines – keep an eye out for them, you’ll be surprised!