The production of high quality Douro reds is a relatively young endeavor, given impetus when the law requiring Ports to be aged downriver in coastal Vila Nova de Gaia – an expense favoring the larger shippers – was lifted in 1986.  This broke down some of the financial barriers for smaller growers and investors to make their own wine in the Douro Valley, and it favored dry wines over Port.  As Christian Seeley of Quinta da Romaneira explained, the lead time to become a new Port brand is long because of minimum aging requirements and the fact that buyers require the full range of Port styles including age-dated Ports.  In the meantime, producing dry wines was less capital- and time-intensive.

But as Douro wine producers develop export markets for their new brands, what wines will appeal to novice consumers in the major markets of the U.S. and Asia that lean towards single varietal wines?  Douro wines are traditionally blends of mostly native grape varieties but more single varietal wines such as Touriga Nacional are getting accolades, most recently Quinta do Vallado’s #7 ranking on Wine Spectator’s Top 100 wines of 2011.  But are they better and are they the future of Douro wines?

Historically, dry Douro reds – and the Port wines often made from the same vineyards – are made from grapes that are mixed planted and co-fermented.  This practice has its origins in growers wishing to reduce their risks to specific grapes not ripening well in any given year, particularly in light of the Douro’s monoculture of vine growing and high labor costs.  Today, modern vintners plant vineyards in single varietal blocks and more often than not, create a blended wine from them.

There are about 60 red grape varieties authorized, of which five are the most important.  The ‘noble’ grapes are Touriga Nacional for power and structure, Touriga Franca (formerly known as Touriga Francesa) for aromatics, Tinta Roriz (a clone of Tempranillo) for berry fruit and spice, Tinta Barroca for body and Tinto Cao for deep color and acidity.

From a marketing perspective, says Rui Cunha of Secret Spot, it makes all the sense in the world to make single varietal wines, especially for the most noble grape, Touriga Nacional which is indigenous to Portugal and grows well throughout Portugal wine regions Douro, Dao and Alentejo.   But it has very low yields, about 25 hl/ha compared to 45 hl/ha for Tinta Roriz (clone of Tempranillo) and has problems flowering.  Because of this, Touriga Nacional was almost extinct until the mid-20th century when Quinta do Noval revived it, and it still constitutes just a small percent of total Douro acreage.  It’s a small-berried, thick-skinned grape that can give too much power to a wine by itself depending on where it’s grown.  For Symington Family Estates’ majestic Quinta do Vesuvio in the remote Upper Douro, Touriga Nacional’s power is softened by the addition of Touriga Franca. 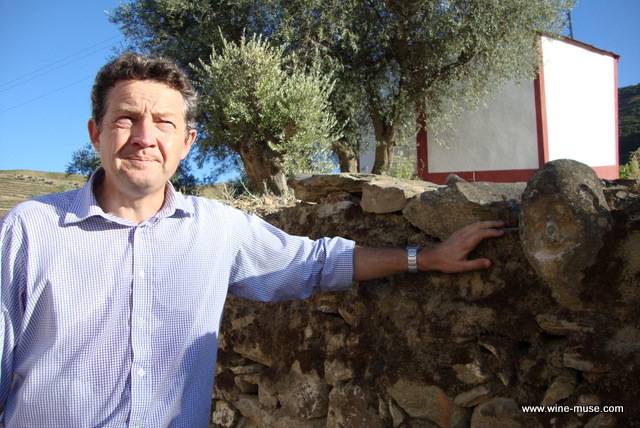 Touriga Nacional and Touriga Franca are also valued at SFE’s Quinta de Roriz, where both are prioritized for the dry wine program, says Co-Director Rupert Symington while Tinta Barroca and Tinto Roriz are designated for Port.  At Quinta do Vale D. Maria, Cristiano van Zeller believes that Touriga Franca, with its lifted aromas, is more of a signature grape than Touriga Nacional.

Nevertheless say van Zeller, “there is no such thing as one single grape making great wine with the exception of Burgundy.”  And he has every reason to advocate single varietal wines, especially Tinta Roriz as Tempranillo.  According to Van Zeller, his  3rd grandfather introduced Tempranillo to Portugal from Aragon in Spain, planting it at the namesake Quinta de Roriz in the Douro.  Coming from Aragon, it is the reason he says, that the grape Tinta Roriz is called Aragonez in Alentejo to the south.

But Tinta Roriz doesn’t grow the same way in the Douro as the Tempranillo clone does along the same river in Toro and Ribera del Duero on the Spanish Meseta.  As a winemaker of Toro also, van Zeller says the soils and climate are completely different.  He compares Ribera del Duero’s purely continental climate and clay, limestone soils with the Douro’s Mediterranean and Continental influences with schist soils.  “Tannins are too soft here, and the grape too vigorous.”  He says one would need to get below one hectoliter per hectare to get good expression.  According to van Zeller, in 25 years, there have been only three good years for Tinta Roriz.  However, it is a consistent performer with good yields and spicy character, making it an important blending grape.

Van Zeller said that for future plantings, he will return to field blends for complexity and that any difference in ripening times will add to freshness in the blend.  He has also found that when certain grapes are co-planted, like Touriga Nacional and Touriga Franca, that they ripen simultaneously. 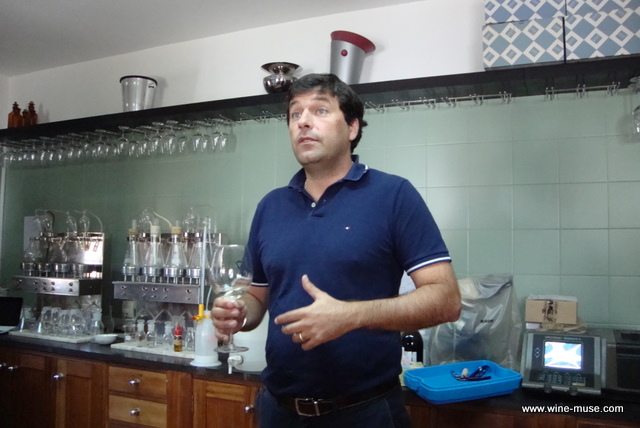 Another producer who also has an interest in single varietal wines, Tomas Roquette at Quinta do Crasto, said that they produce single-varietal Touriga Nacional and Tinto Roriz wines for their consumers but in his opinion, the best wines are still blends.  More specifically he says, old-vine, field blends, such as the Quinta do Crasto Reserva, show “the beauty of the 25/30 different varieties mixed and the final result is a full complex wine.”  According to Roquette, while single varietals can make great wines, he believes the best wines – which he defines as “most complete” – are the field blends. 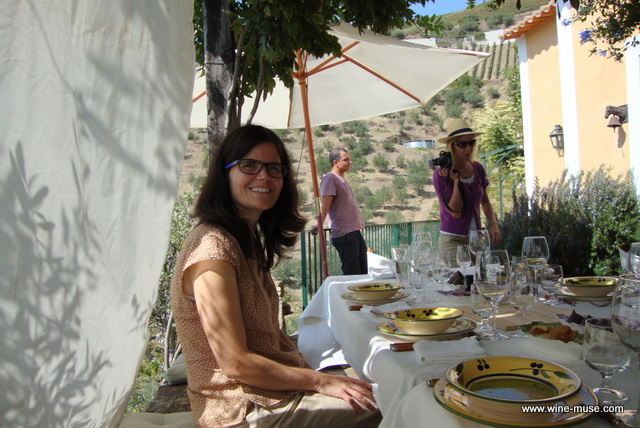 Quinta do Vale Meão explores the potential for individual grape varieties for example by planting Touriga Nacional on separate schist, granite and aluvion parcels on their estate.  Winemaker Luisa Olazabal then vinifies each of these plots and other grape varieties on their own, saying that it allows them “to get a sense – which is becoming more and more accurate – about the potential of each one.”  But for her, the objective is not to make single-varietal wines, but to explore “to the utmost, the combination of the different traditional Douro varietals … and uphold the originality and complexity of our wines.”  Their highly-regarded Quinta do Vale Meão Douro wine (2008 vintage, ranked # 32 Wine Enthusiast Cellar Selection 2011) is a blend, with Touriga Nacional being the backbone of all their wines.

In my tastings throughout the Douro, I have to agree that the best wines were blends (with a few exceptions), although I don’t think single-varietal plantings and wines have had enough history to show their true potential since there are so many microclimates in the Douro in which to experiment, even for grapes like Tinta Roriz.  Olazabal believes Tinta Roriz’ inconsistencies are due to the grape’s sensitivity to “the huge diversity of solar expositions and vigor due to the geography of the region” and they work to minimize them.

For me, the Douro reds are like Bordeaux, a blend of primarily five grape varieties with three being most important, in Douro’s case, Touriga Nacional, Touriga Franca and Tinta Roriz.  The difference though, is that in Bordeaux, climate necessitates blends including cabernet sauvignon, whereas in Douro, the warm climate can certainly ripen Touriga Nacional well enough to stand on its own.  With more experimentation and new clonal materials, as well as consumer demand, the future looks bright for signature varietals like Touriga Nacional, but it will never replace the typicite of the blends.

Below are a few of my favorites from a recent trip (in no particular order):