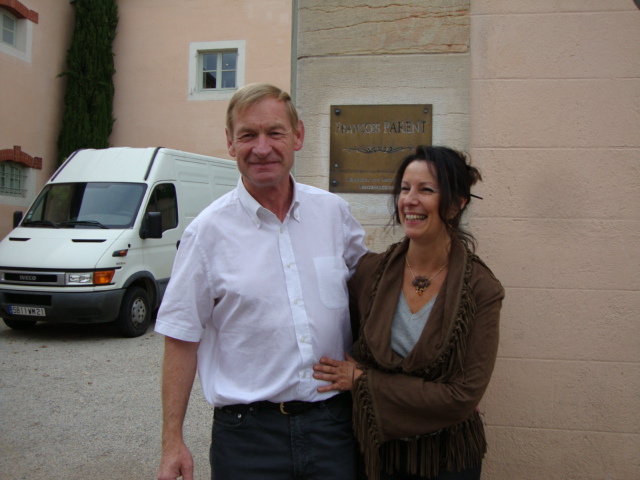 Thomas Jefferson was the first distinguished American connoisseur of wine.  He travelled widely throughout Europe, tasting and collecting wines, and became particularly enamored with the wines of France during his appointment as Minister to France between 1784-1789.  He would later plant cuttings of vitis vinifera at Monticello, unsuccessfully, and build a dedicated wine cellar to store the international wines he imported.  The wine cellar at Monticello was restored and re-opened to the public just last year.

Jefferson appreciated the finest Bordeaux wines, recording upon his visit to Chateau Haut-Brion on May 25th 1787, “there are four vineyards of prime quality” namely, Chateau Margaux, La Tour  Segur (Ch. Latour), Haut-Brion and Chateau de la Fite (Ch. Lafite Rothschild).  These four would later comprise the First Growths of the 1855 Classification whose renown and quality have stood the test of time.

But before this seminal visit to Bordeaux and Chateau Haut-Brion, he was in Burgundy, in March 1787.  It was part of a three-month tour of Southern France, the longest such trip he had taken to date.  Being unfamiliar with Burgundy, he hired a local negociant, Etienne Parent, to guide him through the vineyards of Burgundy and to advise him as to the relative prices and qualities of the wines.  Parent would thereafter become a trusted friend and broker for his Burgundy wines.  He wrote to Parent on January 22, 1789 in connection with a wine order, “I always trust you for quality, and let the price be whatever it should be, while still considering quality rather than price.”*

In his retirement, Jefferson would often reminisce of a favorite wine by Parent called Comarenne which, according to John Hailman, author of “Thomas Jefferson on Wine”, must surely refer to the Premier Cru – Clos de la Commaraine in Pommard.

Pommard, a red appellation in the Cote de Beaune, has a reputation for being “masculine” and powerful pinot noir.  But Francois Parent and his wife Anne Francois Gros (of another formidable Burgundian family of several generations based in Vosne Romanee) emphasize that there are two distinct terroirs in Pommard leading to two distinct expressions of wine.  A geological fault runs west to east in Pommard with the village in the center.  To the south, on the hillside of Volnay, the soils are iron-rich marls which lead to more structured, powerful wines.  Here you will find famous premiers crus such as Les Rugiens.  But to the north of town, towards Beaune, you will find more chalky soils and premiers crus such as Les Arvelets, Epenots and Clos de la Commaraine.  These wines are more aromatic and supple compared to those from the south.

Together, Francois and Anne Francois (under her own label Domaine A.F. Gros) make wines from the Cote de Nuits and Cote de Beaune, across all appellations, and they are beautiful wines.  When you taste the quality of his wines and listen to this distinguished gentleman softly describe them, one is gently reminded of his inheritance and the impact the family had on one founding father’s passion for wine.

Just some of the pinot noir wines of Francois Parent and A.F. Gros to celebrate Independence Day:

*Holmes, J. (ed). Thomas Jefferson:  A chronology of his thoughts