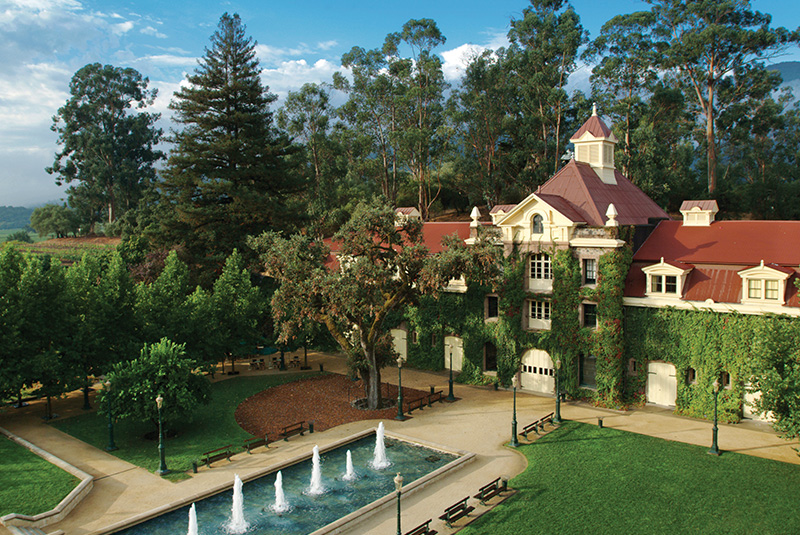 What distinguishes the great estates of the world is not just terroir but a long-term history of quality winemaking backed by considerable investment on the part of determined owners.  In naming his first wine in 1978 Rubicon, Francis Ford Coppola laid down his commitment to quality begun by his predecessors on this historic site in Rutherford.

Sea Captain Gustave Niebaum began the legacy in 1880 when he acquired Inglenook Vineyard on the Rutherford bench, a well-draining, alluvial fan at the foothills of the Mayacamas Mountains on the western side of the Napa Valley.  His objective from the beginning was “[t]o produce the finest wines, to equal and excel the most famous vintages of Europe” (Examiner San Francisco April 6, 1890).  He experimented with many grape varieties and clones he brought back from Europe before he determined which performed best on the site, including cabernet sauvignon, merlot, petite verdot and malbec.

According to the San Francisco Examiner, the “master of Inglenook” adopted practices back then that are still used today for producing exceptional grapes, for example, planting in high density of 3 ½ feet between the vines vs. the usual 7 feet that was common at the time, and without irrigation.  They harvested later than their neighbors, risking rain and dilution or rot, in the quest for flavor maturity.  When the grapes were brought into the gravity-flow winery, the clusters were treated to a gentle blower to remove leaves and dirt before being hand pruned for imperfect grapes.

The winery was built expensively with hewn stone to provide better insulation against the summer heat and to preserve fruit in the wines.  Understanding the connection between hygiene and microbial growth whose odors could be readily absorbed by the delicate wines, Captain Niebaum kept the winery immaculate, steam cleaning the barrels and equipment, installing concrete floors and using nickel-plated equipment.  Everyone knew that a leaky vat or tainted wine meant “instant discharge for the neglectful one….”

When Captain Niebaum realized that the wines that were sent to San Francisco to be bottled – as was typical in those days – did not taste like his wines, Inglenook became the first winery in the NapaValley to estate bottle its wines for ultimate quality control.  Due to his efforts, Inglenook Vineyard wines were renowned for quality in the U.S., being acknowledged by the New York Wine and Spirit Trades’ Society in 1886 as “the best California wines that had ever been shown here” and abroad, winning a silver medal at the 1889 Centennial Exposition in Paris. 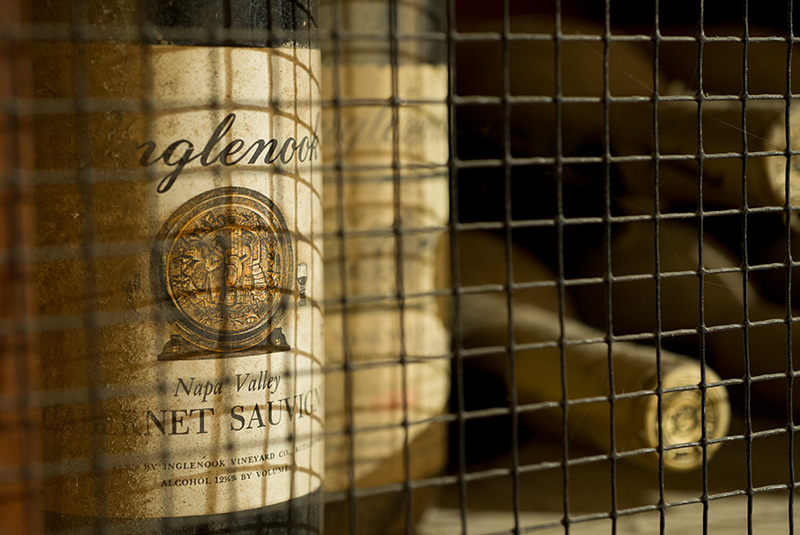 The next great period in Inglenook’s history was under the stewardship of John Daniel Jr. – Captain Niebaum’s grand-nephew – between 1933 and 1964, another grand period of uncompromising winemaking and quality.  The 1941 Inglenook Cabernet Sauvignon scored a perfect 100 by Wine Spectator in 1990 and was included on its list of the top wines of the 20th century.  Financial circumstances caused ownership to pass on to United Vintners in the ‘60’s when winemaking was moved out of the property, then Heublein, with the Inglenook name ultimately being transferred to Constellation Brands.

The Coppolas acquired part of the property in 1975, naming the estate Niebaum-Coppola with the first wine, the 1978 Rubicon, being made in a carriage house on the property.  Since then, the Coppolas have pieced together all the original vineyards, the Niebaum residence and the chateau for tens of millions of dollars, restoring state-of-the-art winemaking at the chateau at considerable expense in 2002.  They also acquired adjacent vineyards expanding the estate to 235 acres and in 2006 renamed Niebaum-Coppola Rubicon Estate.  The latest major improvement was the installation of temperature-controlled caves which allow the wines to age consistently and naturally. 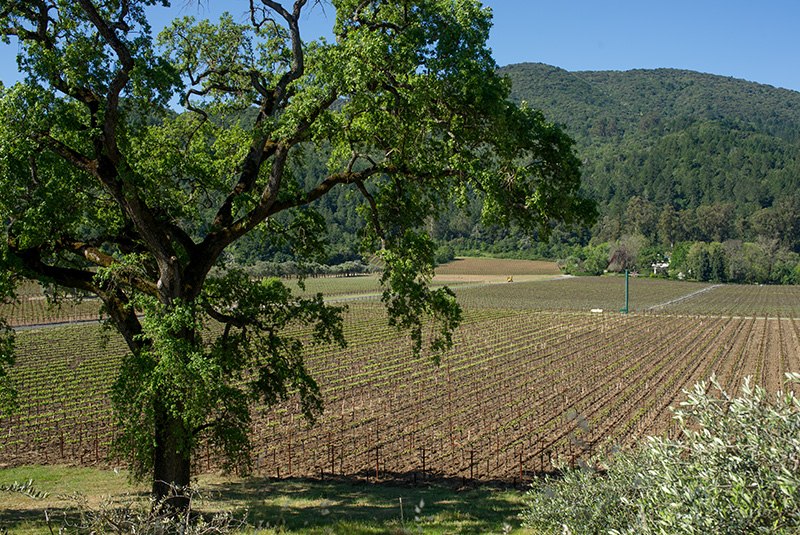 Today, one could envision that Rubicon Estate appears much like it did in the 19th century, with many of the original heritage oaks, olive trees and eucalyptus that Niebaum was fanatical about planting still gracing the property, even at the expense of precious vineyard land.  The vineyards are certified organic, spawning an ecosystem that draws wildlife to the property such as the golden eagles we observed circling above last weekend.  History is also captured in the flagship Rubicon wine with cabernet sauvignon grapes that are clones of the original cuttings brought over by Captain Niebaum in 1880.

The winery has gone through management changes recently but according to Francis Ford Coppola, “At no period in the Coppola era of the Inglenook history, has the owner’s hand been more steadily on the helm….”  Long-time Rubicon Estate consultant Stephane Derenoncourt, renowned consultant to grands crus classes around the world, provides continuity in winemaking and according to Coppola, “improvement and change are coming.”  In the spirit of Captain Niebaum and John Daniel Jr. before him, and with the tenacity to see his vision come to fruition as some of his greatest films, Francis Ford Coppola creates the next great chapter in the saga of this celebrated estate.

Rubicon Estate is located at 1991 St. Helena Highway, Rutherford, CA  94573.  Open daily from 11 a.m. to 5 p.m. for tastings and tours.  Rubicon conducts a variety of tours and food and wine programs.